Android 5.0 Lollipop is the fifth version of Android and it is one of the most successful ones. It is more useful, more productive and more efficient than previous versions. It has many new features which are useful and some of them are really straight forward. Google also made some internal improvements in the platform like project volta for battery optimization.

We have brought some of the coolest Android 5.0 Lollipop Tricks which you never know and there will make your user interface way better and efficient. So, let’s get started. Highly Recommended – How To Hide Whatsapp Images & Videos From Phone Gallery.

Below I’ve shared the Android 5.0 Lollipop Tricks you never know. 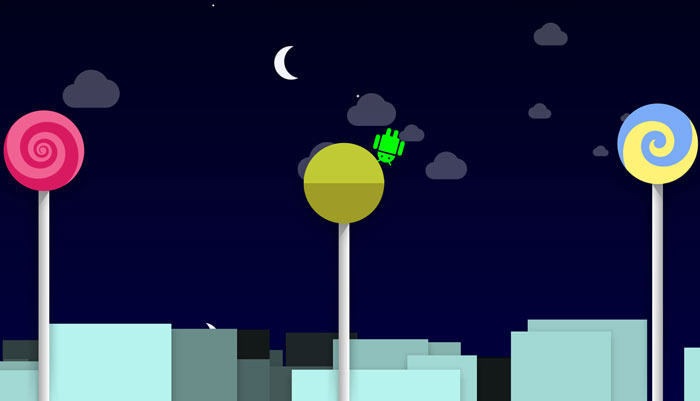 We are all aware of each version of Android. It is a very well – known feature of Android 5.0 lollipop. To get there all you have to do ids go to settings and tap multiple times on About Phone and this feature or you can also call it game will appear.

Click on it for few more times to play the game, which as we all know is a treat.

2. Unlock your phone by your face –

Android 5.0 Lollipop comes with a new idea, thinking beyond the regular PIN, password and pattern lock system. Now you can unlock lock screen by your face, with the new feature called “Trusted Faces”.

If you choose the Trusted Faces option it won’t let bother with the hassle of entering a PIN, you can unlock your screen by just showing it your face. Awesome.

Now, this feature is also related to security, to take security to whole another level Google has rolled out another Awesome feature called “Screen Pinning”. It allows you to pin a particular screen on your Android device.

By using this feature. No one can access any App or setting except the pinned screen. This can become really useful when you handover you phone to your friends or some unknown person.

Also Read – How to Create your Android App without coding

This is a much delayed feature, but very useful and it was not released for so longtime, but as the saying goes “Better late then never”. In the settings option sometimes it becomes really difficult to find the desired the option, so his feature may become a game changer for Android. Notification alerts gonna become really different after this. Google has come with new priority mode in Android 5.0, which lets you control your notifications. It is similar to the Do not Disturb option in iOS.

Contacts selection can also be made on the basis of your priorities. To activate the feature go to Settings > Sound Notification > Interruptions.

Also Read – How to Capture Photos & Selfies Just by a Whistle As the Android phones drains battery very fast and it disturbs and that’s the most annoying thing about Android phones, but Google has come up with another awesome feature which lets you save your battery upto 20%. It gets automatically activated once your charge is lower than 15% by stopping the background processes animation which gives you the extended tie of 90 minutes.

Thus, were the Android 5.0 Lollipop Tricks we think you should all know. If you know any other Lollipop 5.0 Tricks comment here freely.

How to make money by using your smartphone