HackerzTrickz
Home Gaming Best 10 Games Under 50 MB for Android (You can’t afford to... 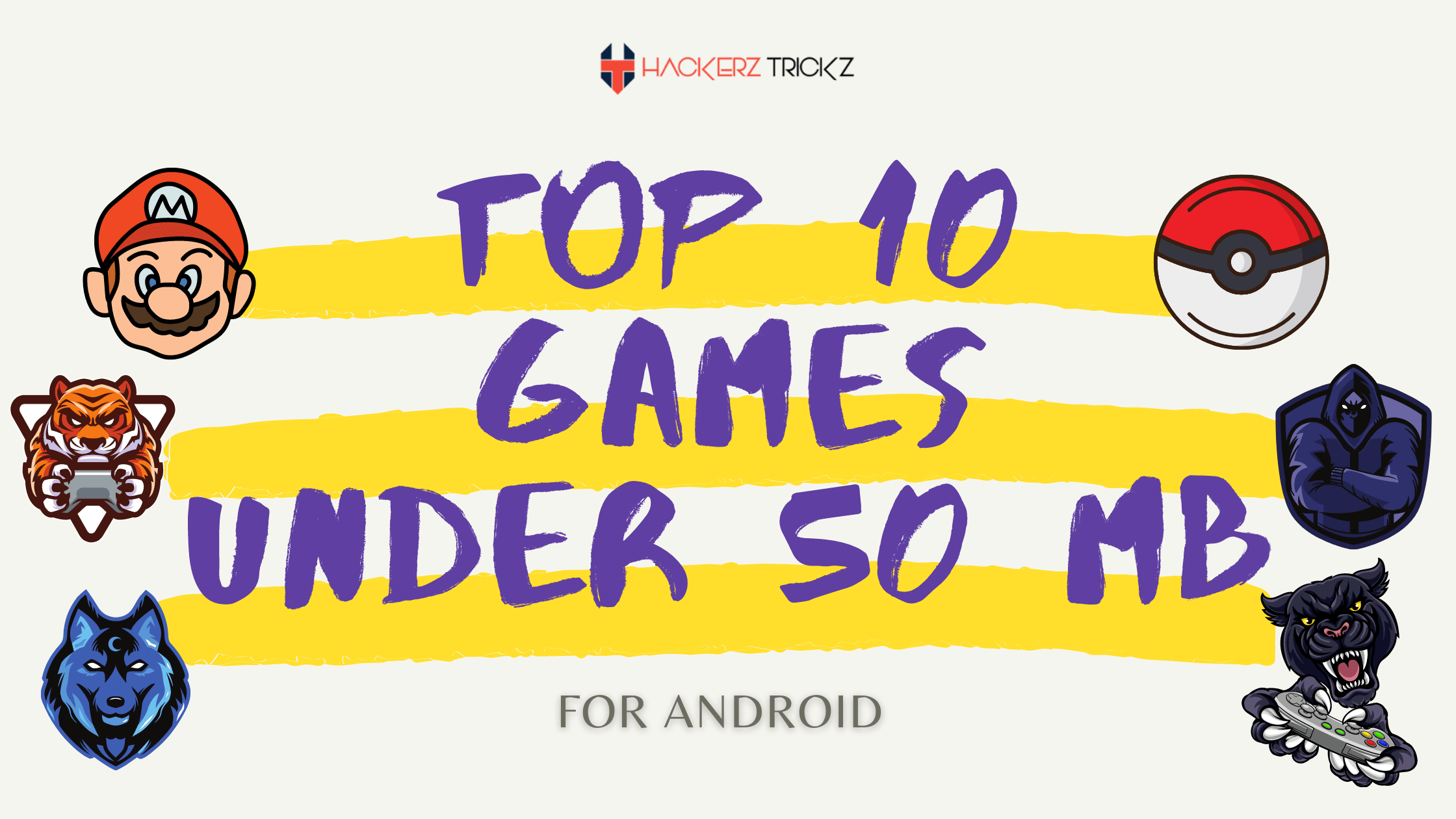 Today I’m going to show you Top 10 Games under 50 MB for your Android smartphone.

Addictive 50MB Games for Android – Games are the most popular thing about android world. This is not a secret that each one out there is a huge fan of android games. So today guys I have picked some best android games and one more thing that they are absolutely free.

The most interesting thing is that all the games listed below are under 50 MB, so you don’t have to wait long to download these games on slower Internet connection.

I have kept all the best android games that are sized less than 50 MB, so your limited and slow data pack won’t hurt you and you can enjoy the games. So here’s the list below.

Below I have shared top 10 best android 50MB games. Asphalt nitro is the best android game under 50 MB. Asphalt is best racing game till now.

With its high graphics and top brand’s car, it is loved by gamers all around the world. The developer of the game is Gameloft and it is rated 4.4 stars on Google Playstore. Vart Dader is back with a brand new road racing game with new thrills, highways, Cars etc. Drive your cars, unlock the levels, earn some cash and spend them in buying the new cars.

Choose yours from 30+ manufacturer including BMW, Ford, Chevrolet, Dodge, Honda, Mazda, Jaguar etc. The faster you drive, the more score you get. Overtake cars closely to get a bonus. The successful installation of Anger of stick. The Anger of Stick 5 is known as best fighting stick game ever with over 60 million all time downloads.

Some group of enemies has been experimenting on innocent peoples and turning them into zombies, but their friends have been turned into heroes to save them and kill the dangerous enemies. If you are an Indian than you probably had traveled through a Tuk Tuk Rickshaw and I know that how the Rickshaw drivers drive their Rickshaw.

Get this experience of driving the same vehicle in this game. Drive the Rickshaws in Mountain, hilly areas, off road etc.

Accept challenges and drive in difficult areas with passenger, you can even fall from the mountain.

In this game, the developer has provided a variety of Rickshaws, choose them and drop the passenger to their destination with the time limit. Tap Tap Dash is a tap to play game. It is insanely addictive game. The size of the game is 20 MB.

The developer of the game is Second Arm and it is rated 4.5 stars on Google Playstore. It is very to dimple but hard to play game.

Ready Steady Bang is a beautifully addictive quick-fire dueling game. Play face-to-face with a friend on a single screen in 2 player mode or pit your trigger finger against 10 of the fastest outlaws in town.

The developer of the App is NoodleCake Studio Inc and it is rated 4.0 stars on Google Playstore.

Progress through the game to unlock 31 unique cowboy deaths, then show them off in your Kill Gallery. Are you fast enough? One of the only Sniper game which has features Jason Statham. Be a military man with Jason and become the ultimate Sniper shooter in 3D environment.

This game is free to play but you can pay to unlock the extra items, weapons etc.

There are hundreds of missions to make you the ultimate shooter.

This game is not available on Google Playstore, so we have given the third-party link. Don’t call yourself a football fan if you haven’t played this game. Probably the best lightweight Football games listed under 50MB games category.

With simple controls, smooth animations and insane actions this game is insanely addictive.

Poly Path is a game of focus and attention. Change the paths to lead your character to the correct place. Challenge your skills in this puzzle game. Route the colorful dots to their correct color by tapping the track to change the turns.

It is a simple tapping game yet difficult to play. The developer of the game is QuickFun Games and it is 4.6 stars on Google Playstore.

Gameloft brings you the remastered version of their Near Orbit Vanguard Alliance betterly as N.O.V.A Series for Android. In just 37 Mb they have ported the PC version to Android without any compromise on Graphics & Gameplay.

Probably the best critically acclaimed 3D Sci-fi game to kill your boredom. Bust your stress by directly shooting headshot to your enemies. Test your gaming skills in Mulitplayer arenas where legends gathers.

I spend many hours on the internet and found these 10 best android games less than 50 MB. Hope you like it. You may be thinking I haven’t included the legendary games like Free Fire, Clash Royale, Fortnite, CODM etc.

Because these games are common and I wanted to give you some unique games which you haven’t played.

Below I have listed some of other 50mb games to try, if you have finished playing above mentioned games then you should definitely try them.

Android platform provides the widest range of games and applications and that’s why my primary focus on this article is just of Android supported games which won’t cost you much from your data pack, but still, it can be great time passing for all you people.

The article includes variety of best android games of a different genre, so you don’t have to compliant if you have a different taste for games.

I have also provided the link to download the game directly. For me, these were the best android games I can offer you guys.